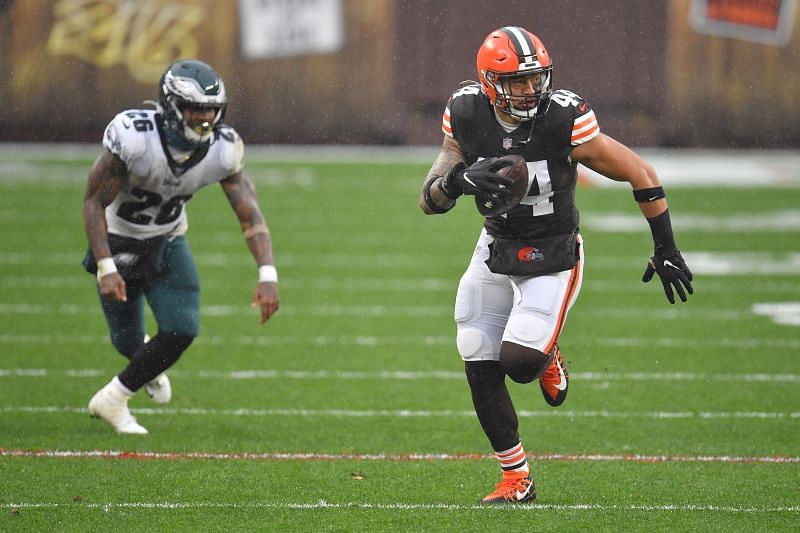 Given their history over the last dozen years or so, it’s hard to believe the Cleveland Browns are still standing at 7-3 with a good shot at making this NFL playoffs this late into the 2020 season.

Despite injuries to some key players (Odell Beckham Jr.), inconsistent play from their quarterback (Baker Mayfield), more organizational upheaval (first-year head coach Kevin Stefanski is the Browns’ fourth coach in three seasons) and even COVID-19 absences (Myles Garrett), the Browns are sitting in a good position to make the playoffs for the first time since the 2002 season, and finish with a winning record for the first time since the 2007 season.

In Week 11 this past Sunday, the Browns beat the NFC East-leading Philadelphia Eagles, 22-17. The loss dropped the Eagles to 3-6-1.

It was the Browns’ third straight home game. Now they head into the closing stretch of the season with four of their remaining six games on the road. On the bright side, included in those four road games are weaker opponents like the Jacksonville Jaguars, New York Giants and New York Jets.

If the Browns win the games they’re expected to win (Jags, Giants, Jets) and lose the games they’ll likely be projected to lose (Titans, Ravens, Steelers), the Browns will still finish 10-6. That’s major for a franchise that not too long ago endured a stretch of two seasons (2016, 2017) that saw them go 1-31, including a winless season in 2017.

On Sunday, the Browns were led again by running back Nick Chubb and their ground game. Chubb rushed for 114 yards on 20 carries. Backup RB Kareem Hunt scored the only offensive touchdown for the team.

Baker Mayfield wasn’t great, but the former No. 1 draft pick continued to succeed in the “game manager” role. He was 12 of 22 throwing the ball for 204 yards. For the third straight week, he didn’t throw an interception or throw a touchdown.

On the other side, Eagles QB Carson Wentz threw two more interceptions to extend his NFL lead in that category. Wentz came into the game with a league-high 12 interceptions and 17 total turnovers (he’s also lost five fumbles). While Wentz did fumble once against the Browns, the Eagles recovered it, so that didn’t go against his turnover count. Wentz now has 14 picks and 5 lost fumbles for a total of 19 turnovers.

Wentz threw a pick-six to Browns linebacker Sione Takitaki for the game’s first touchdown. Wentz’s touchdown pass to Richard Rodgers tied the game in the second quarter, and his second TD with 30 seconds left in the fourth quarter to tight end Dallas Goedert pulled the Eagles to within five points.

The Eagles needed to recover an onside kick after that, but the Browns secured the ball and the victory.