WBBL 2020 semi-finals: Which four teams are playing the knockout matches? 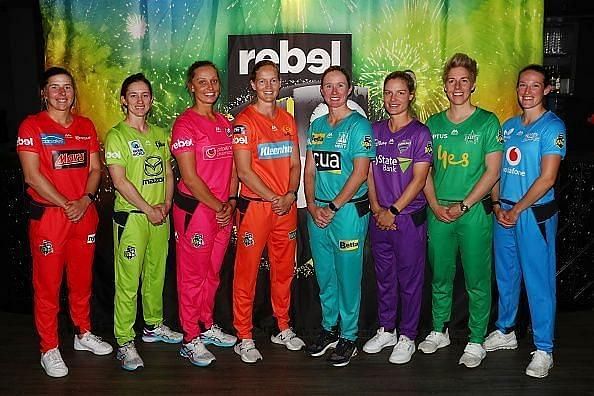 Second-placed Brisbane Heat will face Sydney Thunder, who finished third in the points table, in the second WBBL 2020 semi-final, also at the same venue, the next day. The winner of the two WBBL semi-finals will clash in the final on November 28 at North Sydney Oval

How the WBBL 2020 semi-final match-ups were decided

Laura Kimmince’s 19 from 5 balls saw defending champions Brisbane Heat making it to the WBBL 2020 semi-final following their three-wicket triumph over Melbourne Stars at Drummoyne Oval in Sydney on Saturday. Sydney Sixers’ defeat to Melbourne Renegades confirmed their spot in the knockouts.

Chasing 152, Heat looked in command at 109 for 2. However, a flurry of wickets saw Heat crumble to 144 for 7 in the 19th over. Kimmince, though, hit two cracking boundaries off Annabel Sutherland to settle the deal.

Heat finished the league stage with 18 points following their 43-run (D/L) win over Melbourne Renegades on Sunday. In the 17-over contest, Heat managed 114 for 6, and then restricted Melbourne Renegades to 76 with Georgia Prestwidge claiming 4 for 12.

Sydney Thunder secured their WBBL 2020 semi-final spot with a six-wicket victory over last-placed Hobart Hurricanes on Sunday. Fast bowler Shabnim Ismail bowled a devastating spell to leave the Hurricanes reeling at 3 for 4 in the third over.

She dismissed Nicola Carey (0), Hayley Mathews (0) and Chloe Tyron (1). Hannah Darlington also picked up three wickets as Hobart Hurricanes were restricted to 115 for 9. Heather Knight (25), Tammy Beaumont (22), Phoebe Litchfield (24 not out) and Sammy-Jo Johnson (16 not out) all chipped in to confirm Sydney Thunder’s place in the semi-final.

Melbourne Stars topped the group with 19 points from 14 games. Their loss to Sydney Sixers in their last league game was of little significance as they had already progressed to the WBBL 2020 semi-final.

For the record, opener Alyssa Healy’s blistering 111 from 52 balls saw the Sydney Sixers register a consolation five-wicket win (D/L Method) over the table-toppers. Healy’s knock trounced Meg Lanning’s 77. However, despite the win, Sydney Sixers finished fifth on the points table, and were knocked out of WBBL.

Perth Scorchers sneaked into the WBBL 2020 semi-final courtesy of a superior run-rate after both Perth and Sydney finished the league stage at 14 points each.

Scorchers went down to Adelaide Strikers by three runs in their last league encounter. However, their 10-wicket triumph over Hobart Hurricanes in the previous game went a long way in securing a WBBL 2020 semi-final berth for Scorchers.

If we only paid attention to ads, it might seem as though alcohol — a beer or glass of wine, a shot of fiery...
Read more
US and Canada

"Supporters of the current president see January 6, 2021, as the last opportunity to overturn the results of the presidential election," the memo reads,...
Read more