Mike Tyson tattoos and what each of them mean 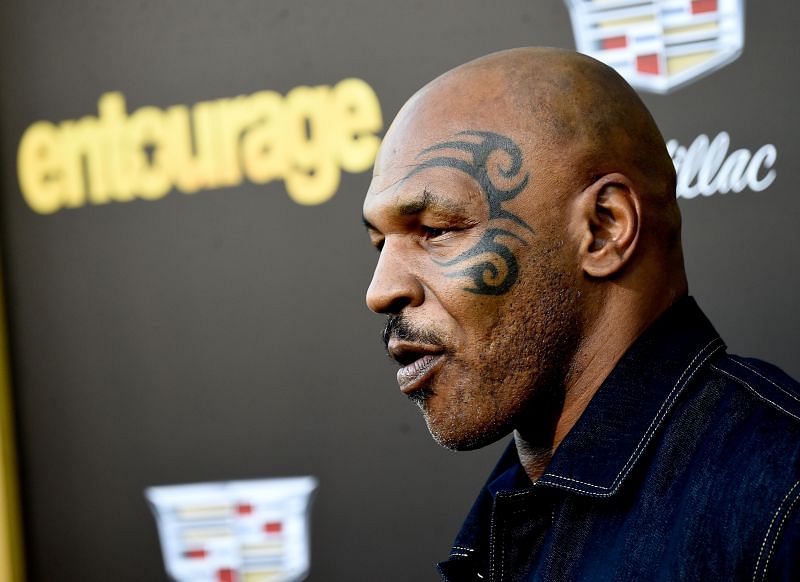 Mike Tyson returned to the ring against Roy Jones Jr. at the age of 54, performing admirably for his fans. Although adjudged a draw by the unofficial scorers of the fight, Tyson looked like he was dominating Jones Jr. for the majority of the rounds.

A former WBC (World Boxing Council), IBF (International Boxing Federation) and WBA (World Boxing Association) heavyweight title winner, Mike Tyson remains one of the biggest names in boxing despite retiring 15 years ago. As many professional boxers, Tyson is inked in various parts of his body, here we look at his tattoos and what they mean:

Tyson is universally recognised by the tribal ink on his face, a tattoo he got back in 2003. The tattoo was later recreated and brought back into popular culture by Ed Helms who played the character of ‘Stu Price’ in the movie ‘the Hangover’.

The story behind Mike Tyson’s tattoo on his face

Tyson himself recalled the story of the famous tattoo in his podcast Hotboxing with Mike Tyson:

I don’t know I was supposed to do it earlier. Put this tattoo, I wanted a tattoo on my face. I was gonna put a bunch of hearts on my face, there’s a bunch of little hearts and my friends are like, no I am not gonna do anything whack like that.

So he (friend) said let’s think about putting a tribal mark or something in there. And I said, okay we will do that. So he caked me a couple of days later. He brought up this tribal mark. So I said let’s do it and we did it.

Incidentally, Tyson was intoxicated while getting his tattoo, which he went on to admit on the same podcast:

A possible explanation of the tattoo on Chairman Mao could be his appreciation of his philosophy ‘one divides into two’. Tyson is known to suffer from bipolar disorder.

Another communist leader who features among his tattoos is Che Guevara (on his ribcage). Although Mike Tyson has not spoken about his political inclinations in detail, he’s known to be a supporter of Donald Trump which can be confusing given his tattoo collection.

Mike Tyson also flaunts a tattoo of his ex-wife Monica Turner, who he was married to between 1997 and 2002. The pair broke up after Turner filed a divorce citing adultery.

The orthodox boxer also has a dragon tattooed on his right forehand, probably a symbolic representation of his power hand. However, the most curious of Tyson’s tattoos is the one of Arthur Ashe, with the words ‘Days of Grace’. The heavyweight boxer is yet to comment on the tattoo, but might represent on his early heroes given Ashe was the first black American to represent America in the Davis Cup.

The last few months of any year, with deadlines and holidays, often create a harried pace. The beginning of a new year can give...
Read more
All countries
26,060,761
Total Active Covid19 Cases
US and Canada

UK officials say people who get the contagious coronavirus variant may have a higher risk of death. Here’s why that could be.

Kit Marlowe died 400 years ago – but he’s back, and sexy as hell

Tony Romo saw a Buccaneers vs. Chiefs Super Bowl coming back in Week 12

Ajinkya Rahane has credited the collective leadership that he shared with vice-captain Rohit Sharma and senior players Cheteshwar Pujara and R Ashwin for India...
Read more